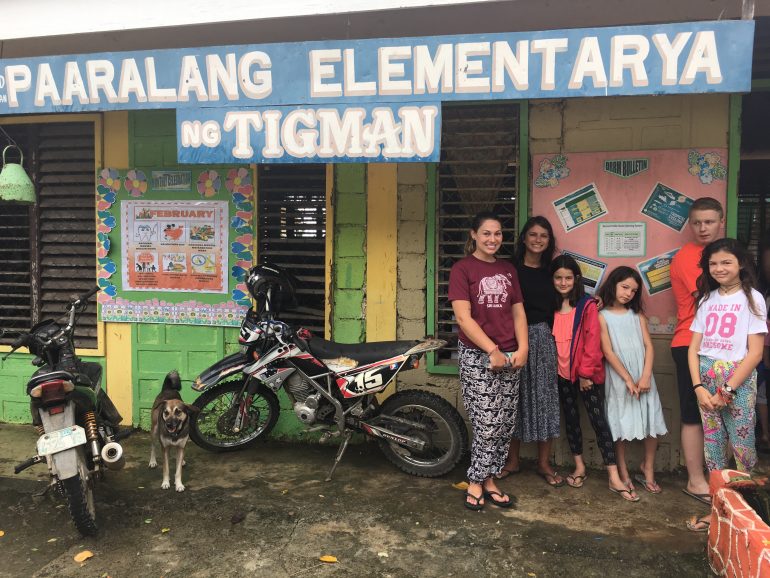 It was time to get stuck in. The girls were already the talk of the town, and pretty much every single child in the village had already come to meet and play with them- volleyball, running on the beach, hide and seek in the school…. I think they’ve only had one family here volunteering at camp before, so it was really special for the local children to meet other foreign children their ages.

Under the guidance of our coordinator Jude, we were introduced to our nursery class, to a clamour of 25 voices saying ‘teacher, teacher!!’, liberally giving out hugs and smiles. Sticky dusty hands requested to be picked up and spun around, everyone wanted to know everything about us within second, but our three girls were without doubt the stars of the show, as curious eyes belonging to children of all ages and other classrooms peered around the door to sneak a peek of the ‘foreign children’.

The classroom is basic but works: 4 tables, plastic chairs, a blackboard, one or two fans… sanitation was a lower point: a very nasty loo and a spurious tap with no running water, which obviously made sticky-dirty-snotty hands something of a permanent feature. Concentration was hard for the children, mainly because their English is pretty basic, and their concept of discipline is gloriously non-existent. That said, given a little attention, they really did want to try: every day we teach them different letters of the alphabet, asking them to give us examples of words beginning with that letter, and helping them copy out the letters in their books multiple times, something that is inevitably helped along with the bribe of a sticker at the end. The girls spend a lot of time marking the work, filling their books with stars and ticks, which the children then proudly show off to the rest of their classmates.

A typical lesson would go along these lines:

⁃ the daily prayer, as led by one of the children

⁃ An action song: we’ve given them incy wincy spider, row row row your boat, London’s Burning, and the Grand Old Duke of York…(I admit to some serious winging it here, racking my brains for something catchy…and the chance to see a troupe of Filipino children prancing around the classroom singing a gobbledegook version of the Grand Old Duke of York was just too irresistible :))

⁃ Teaching a letter of the alphabet, asking for examples of words, and writing out on their books

⁃ A drawing or collage activity

It’s slow and occasionally frustrating, but so rewarding even if just one child shows a glimmer of comprehension. Above all, it is humbling and an incredible eye opener for the girls: the playground is a sandy mess of stones and rickety swings and broken see-saws, the ‘kantina’ a two-bit tuck shop selling rice patties, sweets, popcorn and coconut water with extra sugar. Tooth decay and more tooth decay…. I doubt the girls will never forget to brush their teeth again!

There is a good deal of downtime too, in between classes and meals, during which we help Jude prepare for classes, and vaguely attempt a little bit of home schooling, which is still somewhat sketchy, at least in Alegra’s case…. cala and siena tend to fare a little better. Many a story is shared between the volunteers in this free time too, and there is quickly a real sense of camaraderie after just a few days of being together at camp. The girls of course love it: after initial shyness, they now chat non-stop with each and every one, asking them about every piercing and tattoo they can spot, if they have boyfriends, what they do, if they can join the yoga class, everything! And everyone is kind, fun and so welcoming. Simple, happy, good days. 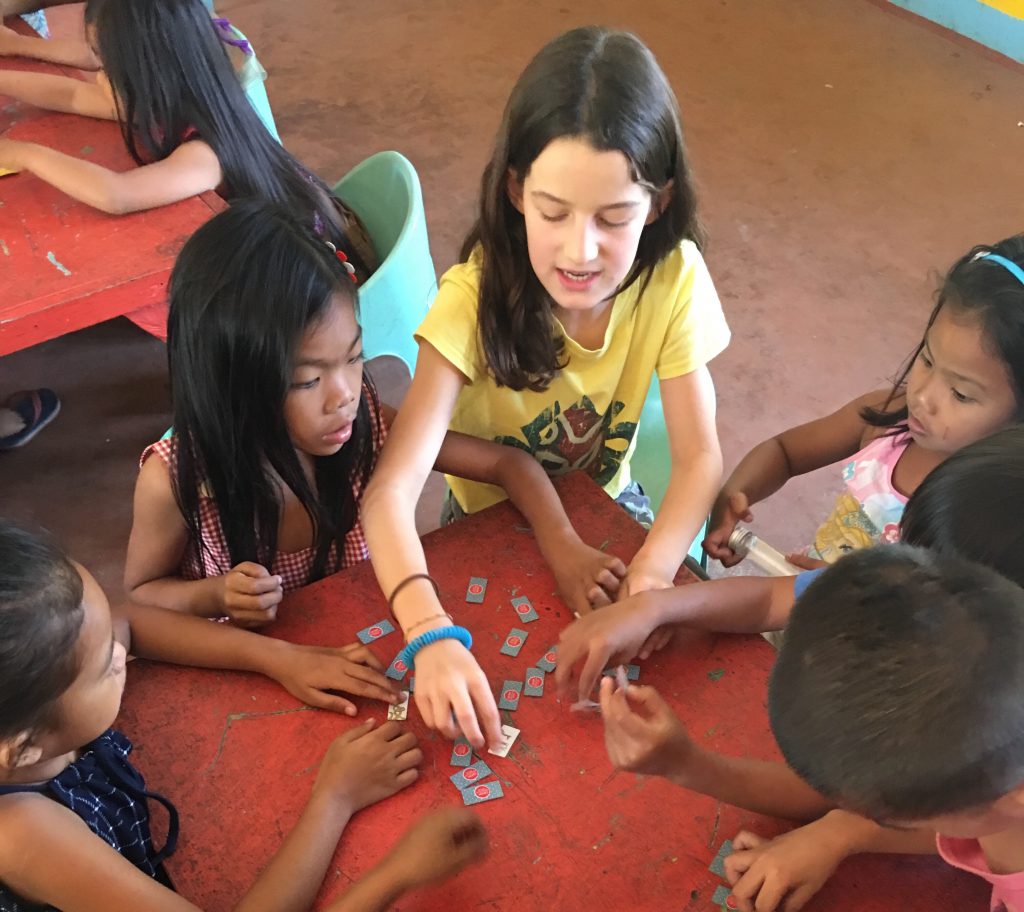 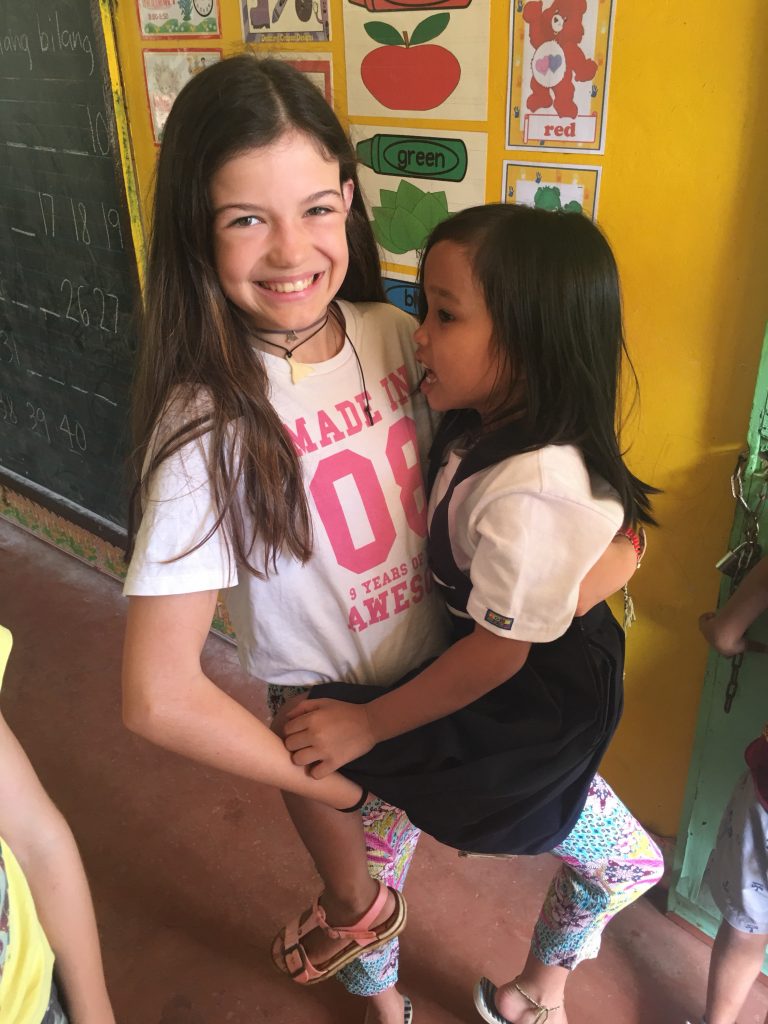 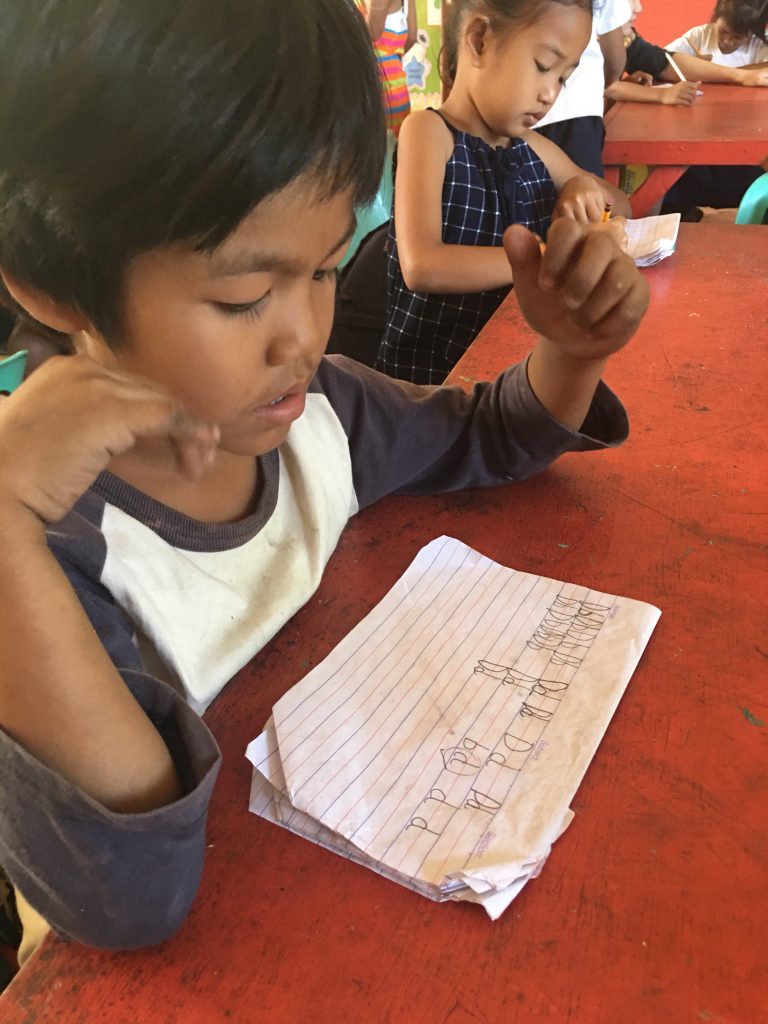 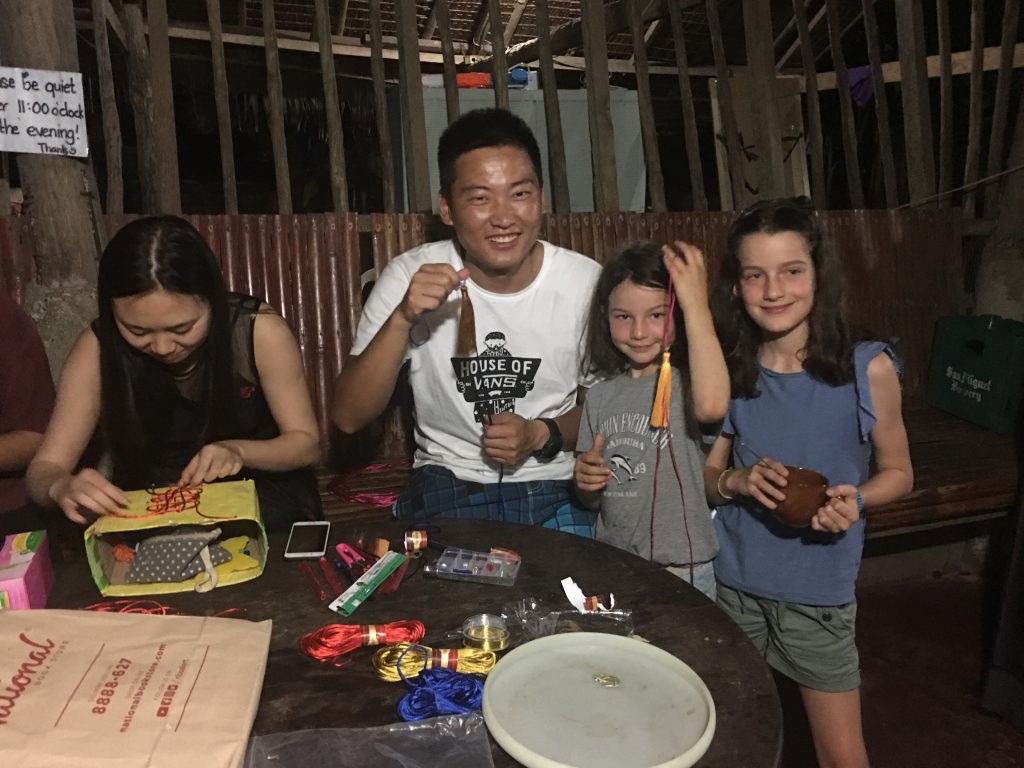