The only complaint we had about wonderful, chaotic, romantic, shabby yet sophisticated Phnom Penh was not having enough time to explore it. Two days hardly gave us time to scratch the surface of its history, temples, museums, and restaurants. Gently chaotic, we meandered happily through the streets past the palace and national Museum, along the Tonle Sap side of the Mekong, watching the city come alive for its Saturday night action. Kitsch fairy lit palm trees line the river front, lighting up the way for vendors, monks on saffron, shamans, families and couples to share the steamy night. Broken pavements, ladies crouched cooking fish on their ceramic ovens on the side of the road, children playing in the parks, vendors selling good luck live birds in cages. And then, more monks furiously texting away on their phones…. it was a wonderful, busy sight of people who had spilled out of their homes to enjoy their Saturday night on the humid streets.

A vital pit stop in the shape of the FCC for a gin and tonic on the terrace overlooking the river before dinner. Set up by an entrepreneurial lawyer who saw an opportunity in the early 90s to set up a bar for the influx of peace-keeping UNTAC soldiers and accompanying journalists, since the time of their openings in Phnom Penh and Siem Reap the Foreign Correspondents Club have been focal points for writers, travelers and adventurers. From what one hears, Phnom Penh at that time really was the Wild East; gunshots pierced through the heat of the night and bodies floated along the Tonle Sap….

That night the only bodies were very much living, breathing hungry people looking for dinner, which was taken at a lovely place called Friends. Part of the tree alliance group of training restaurants that support under privileged and abused children in Cambodia, this is a lovely, relaxed place with a gentle garden. An excellent khmer curry and beek lak lak later, washed down by generous swathes of Angkor beer, and it was time to return to our Urban Plantation hotel, our wonderful place of calm in the centre of the city, very much to be recommended for a Phnom Penh stay.

The following morning dawned thick and humid, as we tuk tuk’d our way to the National Museum for an excellent, albeit sweaty introduction to Khmer art and sculpture. The collection includes over 14 thousand items of prehistoric, pre Angkorian and beyond. It’s a rather wonderful, haphazard building, built in traditional Khmer style, which had been left to rot during the period of the Khmer Rouge, most of its staff exterminated, and easily digestible in a few hours (a few too many for the smallest creature of the three, who is OVER museums….) Wonderful bronzes and stone statues of Garuda, Vishnu, Shiva and Buddha abound, and are a great help to prepare oneself for Angkor, and to being to learn some of their typical attributes or poses.

The afternoon brought a sobering visit, without the progeny understandably, to Tuol Sleng Genocide Museum. A former high school, this was taken over by Pol Pot and his despicable cronies as one of the particularly awful torture and execution centres during the Khmer Rouge regime. In the four years spanning from 1975-79 an estimated 17,000 people were imprisoned here. They were repeatedly tortured and coerced into naming family members, friends, associates, or near strangers, who in turn were summarily arrested, tortured and more than likely, executed. Just wearing glasses was enough to indict you to extermination. The regime’s paranoia went into overdrive as their repulsive rule continued, their own members turned upon themselves in panic and purged their own ranks. The atrocious stories told on our audio guide, accompanied by photographs, heart rending snippets of trials at The Hague, walking through minuscule prison cells in rooms that once were classrooms for scores of happy children…… it’s truly a terrible, terrible place. From here the vast majority were taken for their final stop in the killing fields outside the city, but a visit here is enough to feel the terror of this recent history…. and to think that Pol Pot died of old age (or maybe, suicide, but at a far too ripe old age of 72) as the international community looked on, is a disgrace.

Wonderfully, the city now is a vibrant place of inviting restaurants, cafes and bars. We are incredible food, and tested out a few excellent restaurants: notably, some interesting contemporary Khmer gourmet offerings at Malis, and then a great decadent Sunday brunch at Chinese House- what a place! It would have been fine to have stayed longer in the city to see more: on our to-do list it must remain for the time being.

From Phnom Penh it was time to move west towards Angkor, stopping for a night in Battambang. An unpromising start to the journey when a car for 5 arrived instead of a decent sized van was fairly quickly resolved, and our slightly hapless driver Tom took us via the floating villages of Kampong Chhnang. We chartered a rickety old boat whose engine kept on cutting out, thankfully, with some shade- it was honestly well into the forties- and went out onto the Tonle Sap to view these peculiar floating villages, clustered together on the river, connected by planks and mysterious plants. It was impossibly hot and humid, the sides of the river were choked by plastic and debris, and frankly, the whole place is an uncomfortable insight into a very harsh reality. Latrines empty direct into the river (certainly makes you think twice about ordering river fish), wooden houses on impossible stilts and punctured by holes teeter over ready to plunge into the water, while the villagers fish in that relentless heat. Much, much sterner stuff they are made of than any of us indeed. 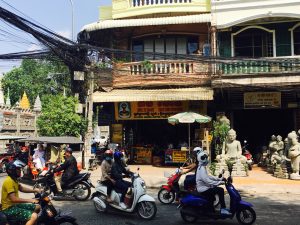 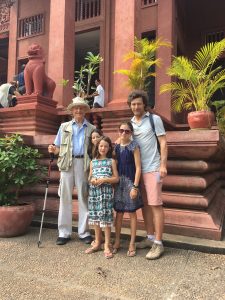 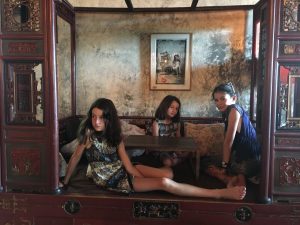 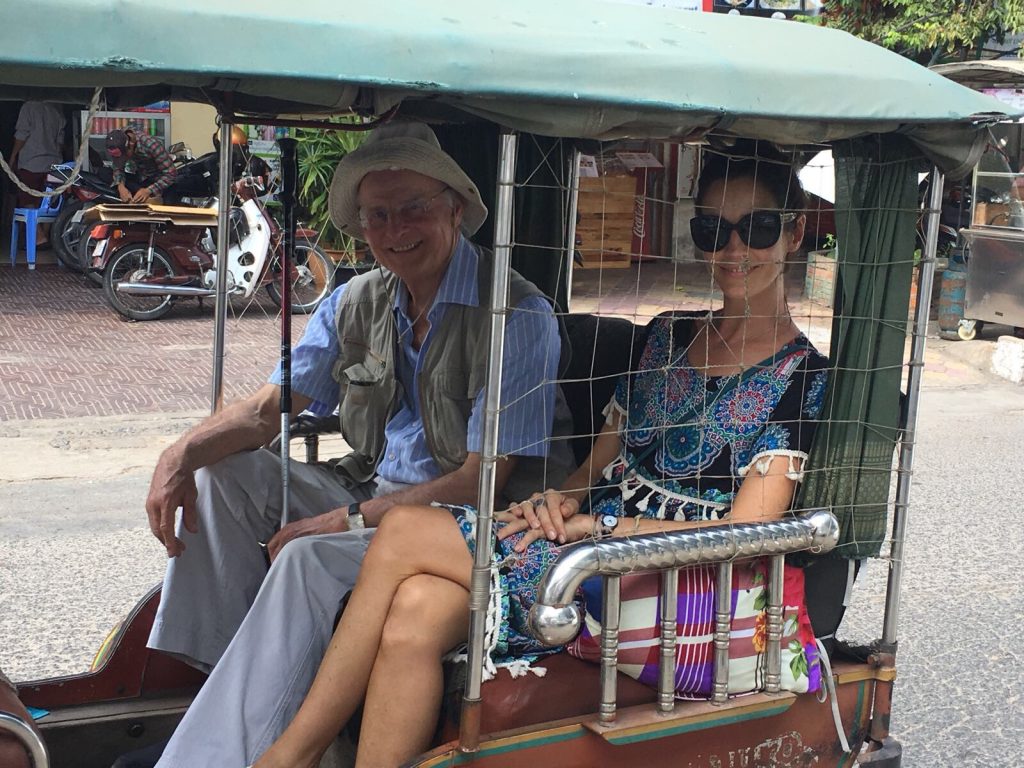 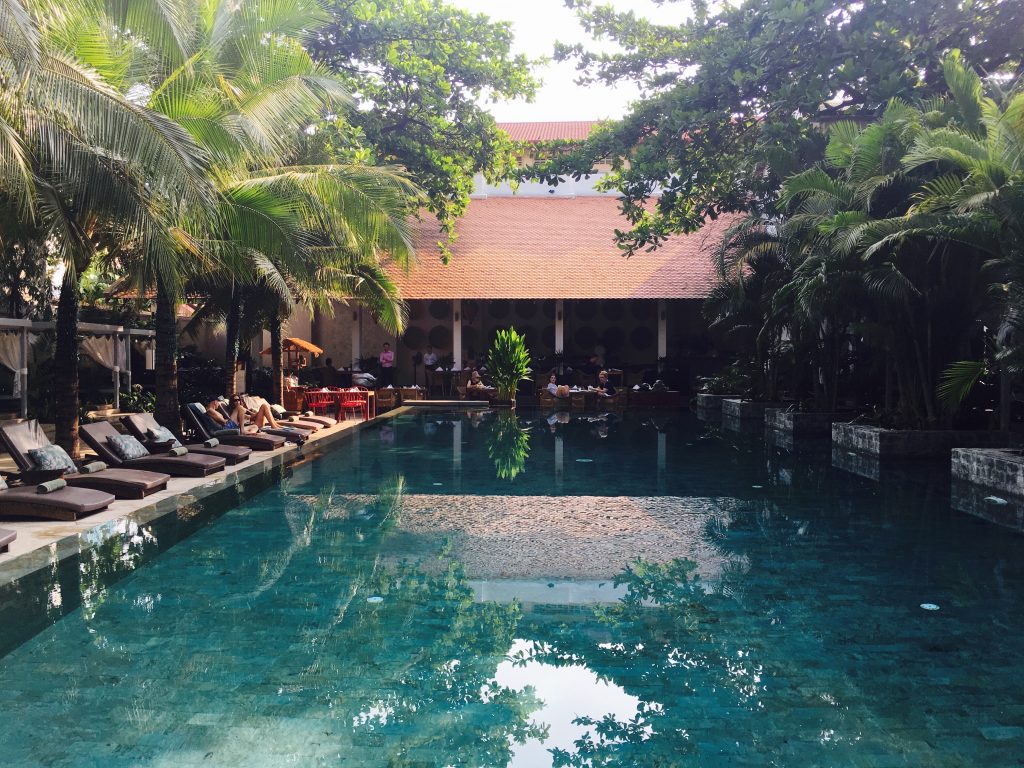 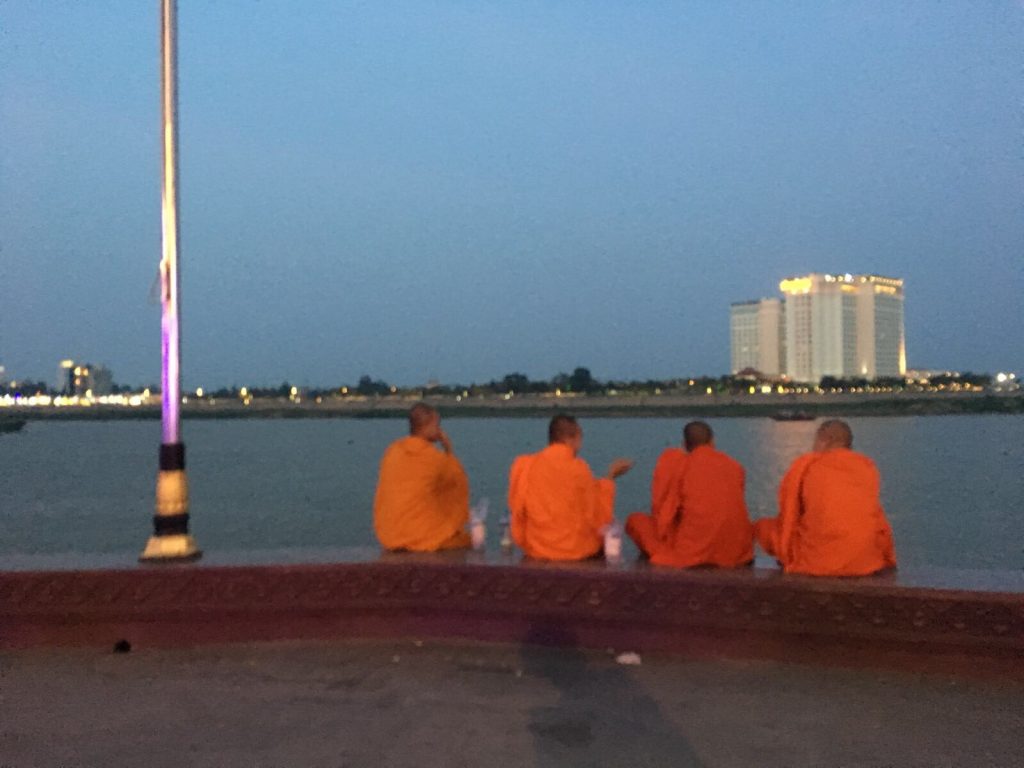 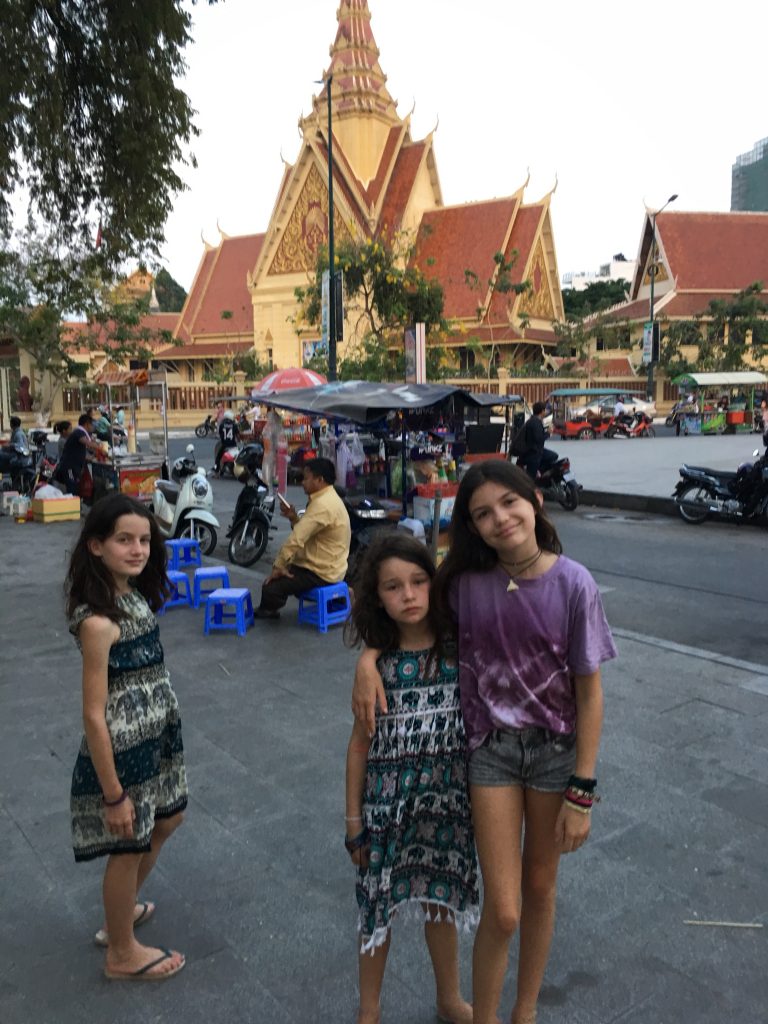 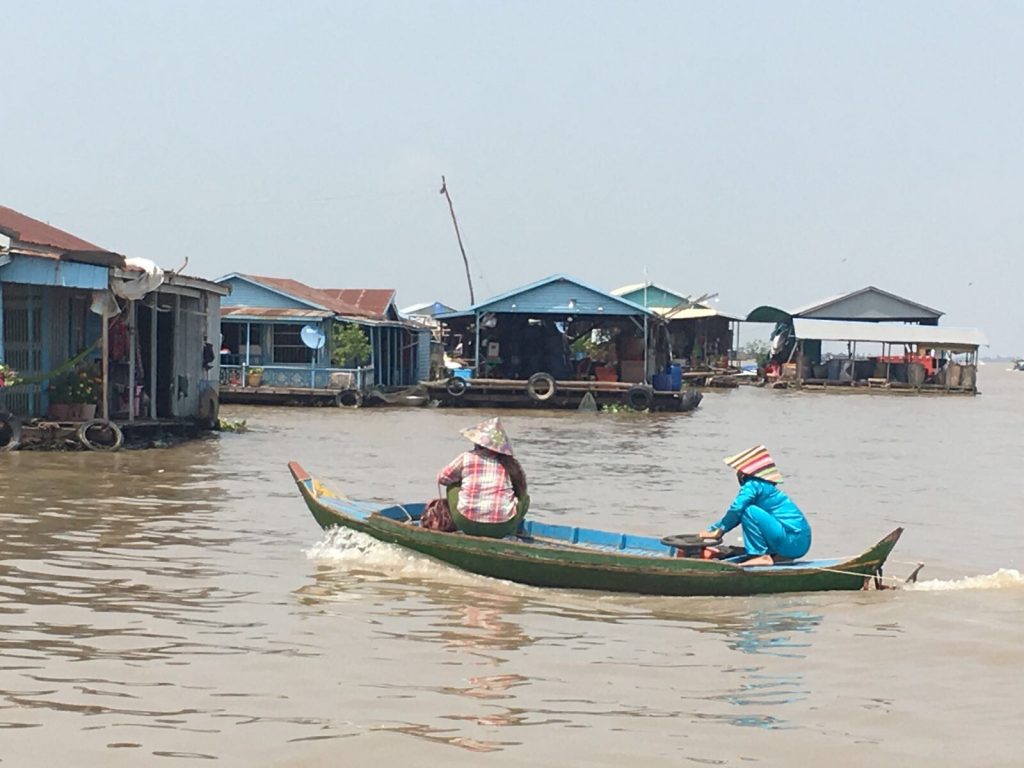