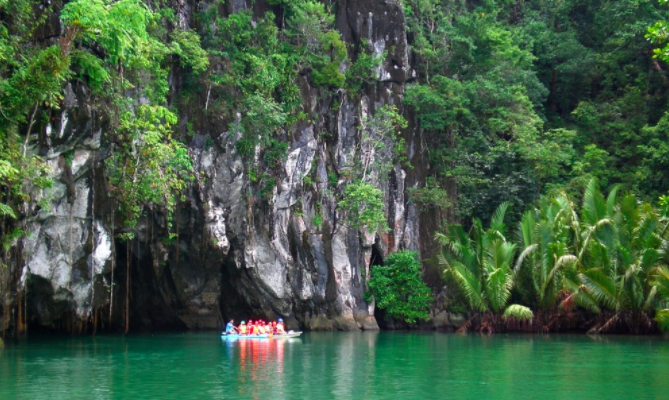 The new natural wonder of the world: the underground river in Sabang

Weekends at camp often tend to mean a trip away for most volunteers so we decided to visit the underground river at Sabang, a self proclaimed new natural wonder of the world, according to the powers that be at Puerto Princesa city council.

After a rather delicious day of pool swimming and hot showers, we got up early for the 2.5 hour drive to Sabang. There, you are more or less politely asked to wait. And wait a little more. And some more. Various crepes and milkshakes and group buffet lunch systems after, we waited a little more- but despite the tourist hordes, the view is so marvellous it doesn’t really matter. Our group of 12 was then herded into a catamaran for the first leg across to the island opposite, now national park. 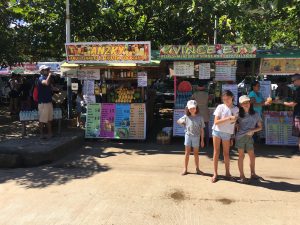 The bay was a veritable tourist boat car park. Off we got, summarily decked out with life jackets, helmets and audio guide (you get the picture), delighted to be herded along to yet another queue to wait just a tiny bit more.

Our turn finally came and we boarded a small kayak expertly manned by Ken, who was vaguely amusing despite his total lack of geological knowledge as far as I could tell (that rock looks like a banana, that like candle, that one is sexy lady, we call rock Sharon stone, don’t open mouth bat poo get in).

The cave and river actually is a remarkable sight and on balance, probably worth the herding. While the visit only takes in just under 2 km, the river is over 8 km long- and who knows what else lurks further inside. Bats are everywhere- but oddly the cave didn’t smell of bat at all- and the formations are wonderful. One part of the cave is estimated to be over 8 metres tall, a veritable underground cathedral. A tip: bring a good torch, as the guide only has one light which isn’t really enough.  And don’t open your mouth when looking up in case you fancy some bat poo for lunch.

Back to the herding, the enforced picture opportunities, then to the boat and buffet lunch included in the price, at one with being just another group of insignificant tourists, and off we went back to Puerto and back to camp, for our next week! 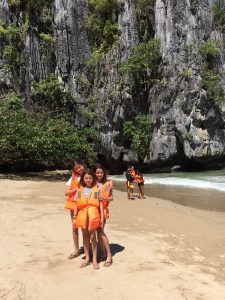 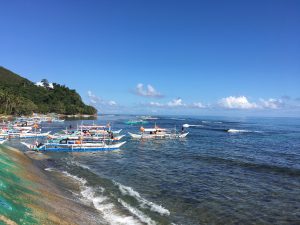