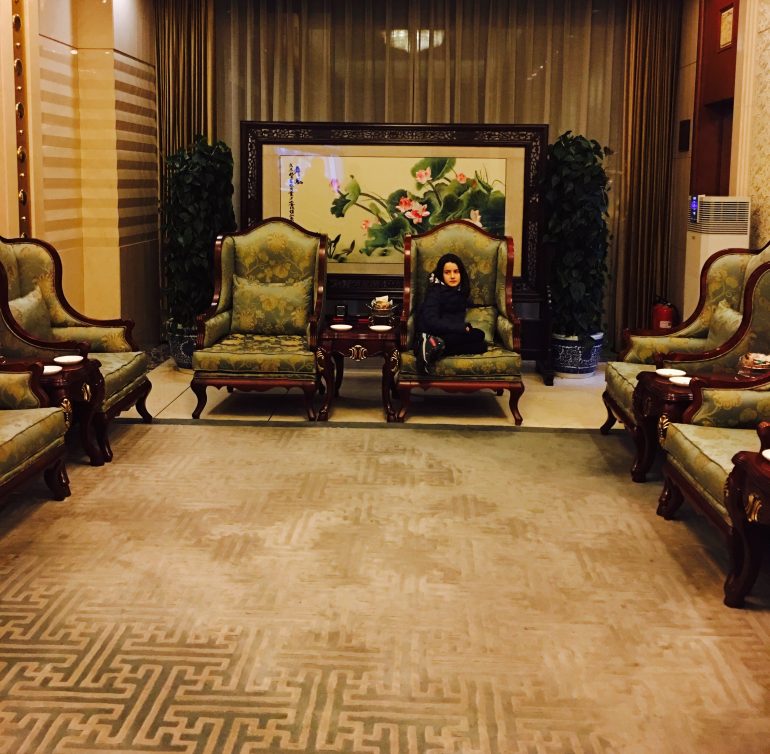 After 10 interminable hours of an Air China economy evening flight, myself, Alegra and Cala with a flu sent from HELL, from Heathrow to Beijing, we braved the (literal) masses, in a state of near delirium, to get a 24 hour temporary visa for our short layover. Plans to show the girls the Hutong and 798 went clear out of the window because it took us two hours to leave the insanity of the terminal, but we nevertheless managed to fit in the requisite foot massage before being treated to an incredible dinner by some extremely generous friends at JE Mansion.

A table big enough for 15 people filled with all manner of incredible Northern Chinese dishes, from a traditional beef pancake ’empanada’ and cucumber salad, to one of the best Peking ducks we have ever had, to a sweet coconut and sesame pudding… We were further treated to a traditional Mongol dance and a clown bubble-maker, a spot of calligraphy, and a whizz past the amazing CCTV building by Koolhaas before being taken back to the airport, kindly deposited in the VIP lounge, which was a comedy show in dodgy taste, all of us feeling like the walking dead, ‘ready’ for the next 12 hours to Auckland….