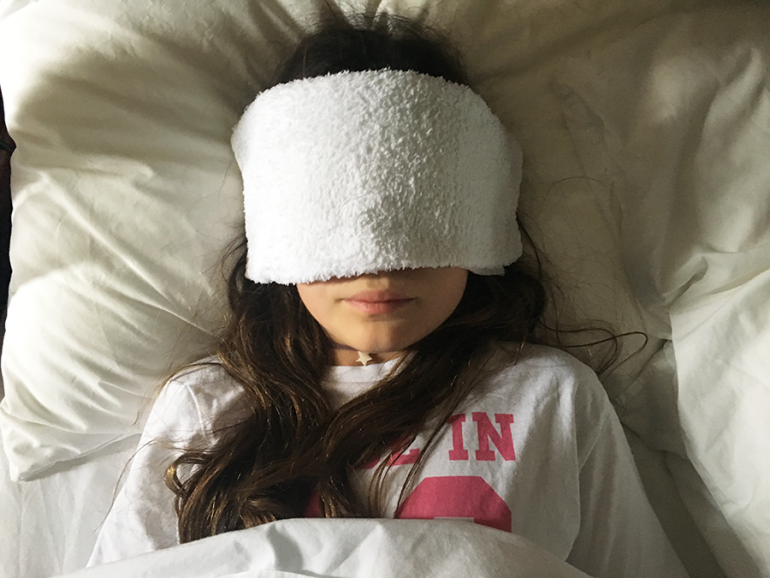 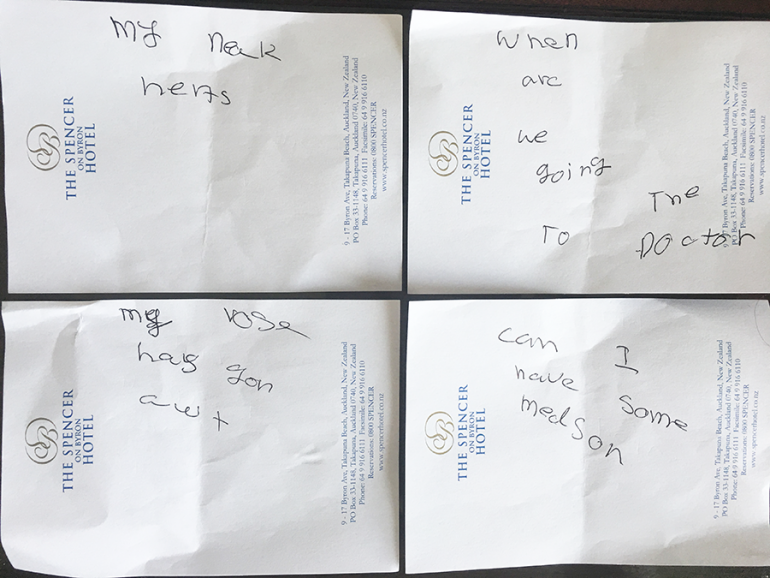 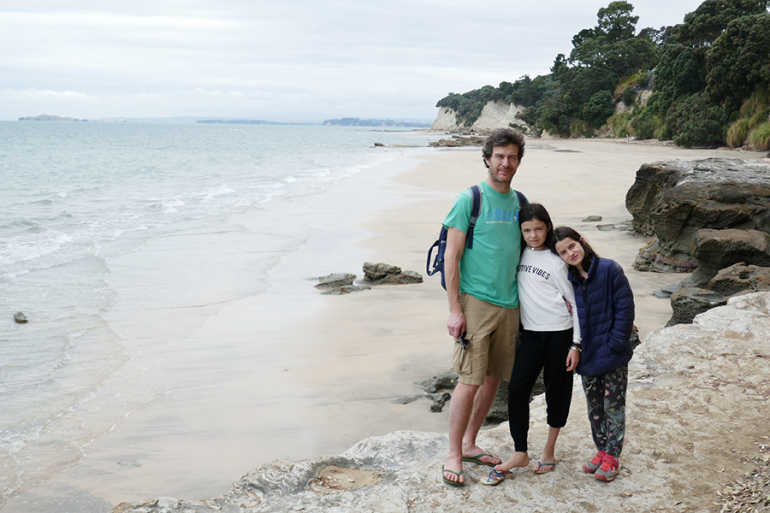 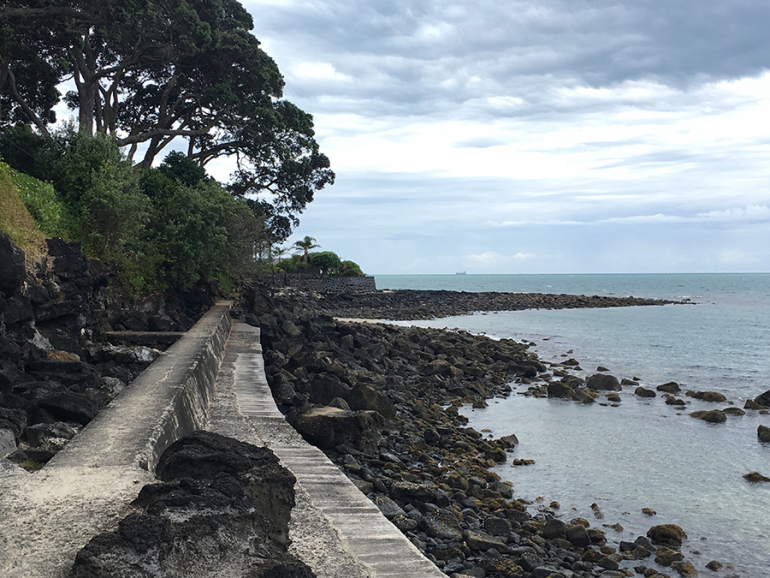 The final leg to Auckland was nothing short of Dante’s nine sodding circles of inferno, lived at once and in sickly unison: bar Alberto, we were all sick as dogs, with now 43 degree fevers and hard core chest flu. Such was the level of death I was suffering that having spent the most part of the first hour in the plane’s loo, vomiting and near hysterical, the poor Chinese air hostesses took a view that perhaps I had some frightful ebola style illness, and that I needed to be isolated from the rest of the economy passengers.  Under normal circumstances, the upgrade that ensued would have been a delight and I would have smugly delighted in making my way to the front, but in this situation, it was truly a fight for survival.  No joke.  I have never felt so ill in my life. Alberto was left to fend with 3 feverish children alone for 12 hours, which he did, most gallantly.

Thus we arrived in Auckland at 6.30 pm on New Year’s Eve, drugged, jet lagged and frankly miserable, dreaming of bed and doctors. Hire car duly collected, in a daze, I drove us, after a fairly terrifying fashion (Alberto was unable to get insurance until the day after due to not having a certified translation of his Spanish licence – vital point all you future non-English speaking travellers) to a hotel on Takapuna, a northern suburb of Auckland, taking the view that arrival into the city centre just as they were preparing the New Year’s fireworks was probably not the most intelligent idea in our current state. Like flies, we fell, after a quick plate of pasta in bed, enjoying the perfect view of the bay. The fireworks then woke us briefly at midnight, ushering us into a feverish, calpol-induced start to 2018. But at least there were no more aeroplanes on the agenda for some time, and we had MADE it.

The next day was spent in recovery mode, the maximum excitement we could muster was a short walk on Takapuna beach and a visit to the ubiquitous Countdown supermarket for tissues and paracetamol before collapsing into bed once more. Happy New Year!