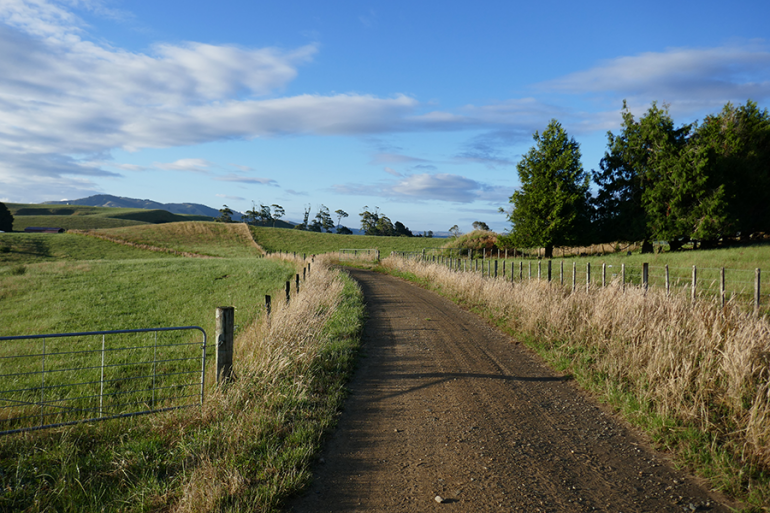 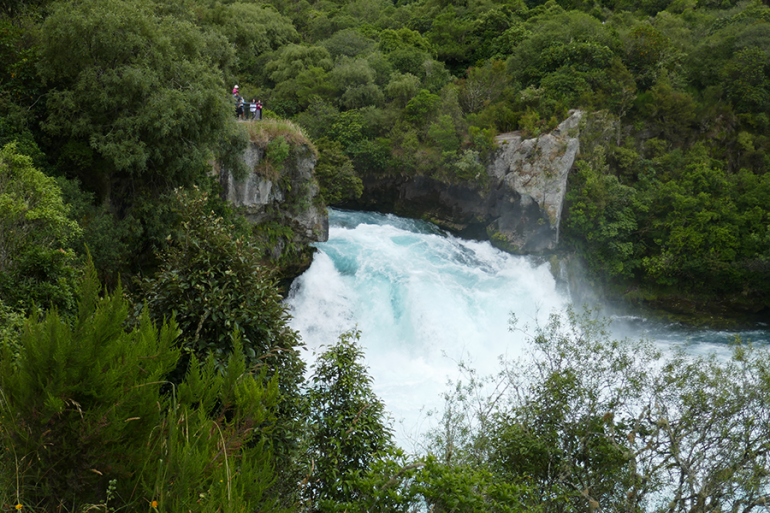 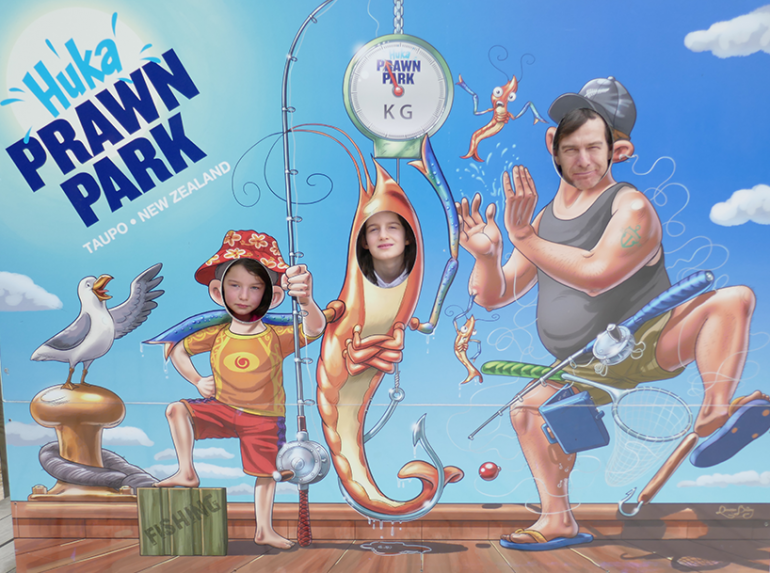 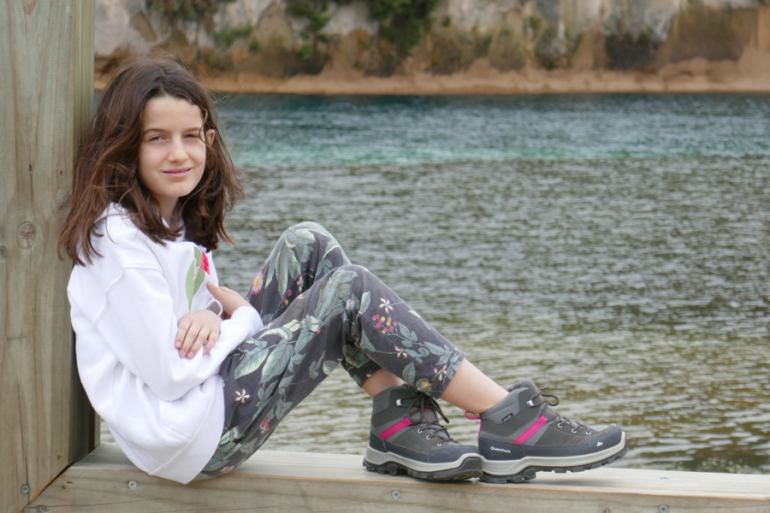 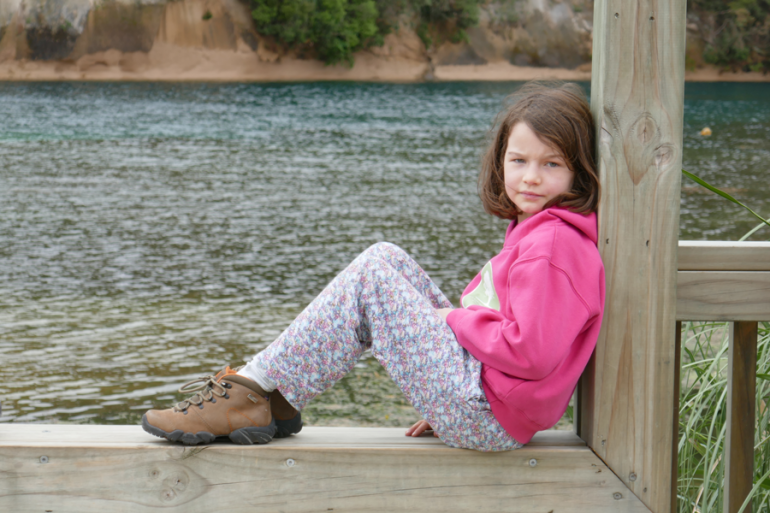 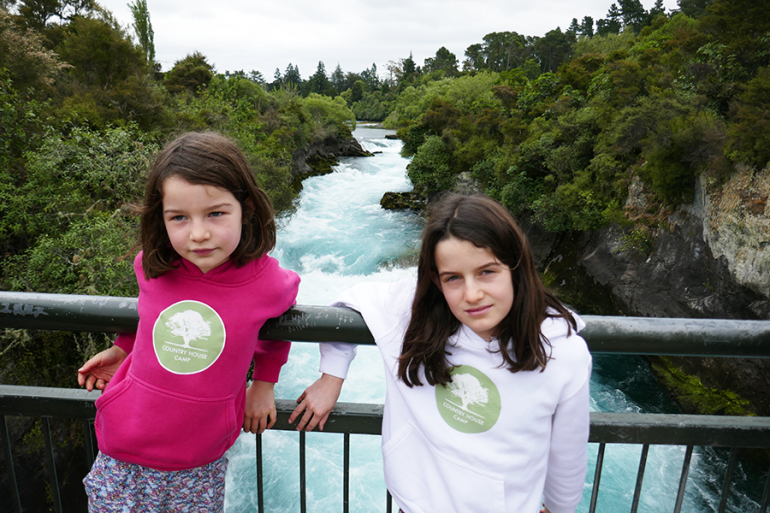 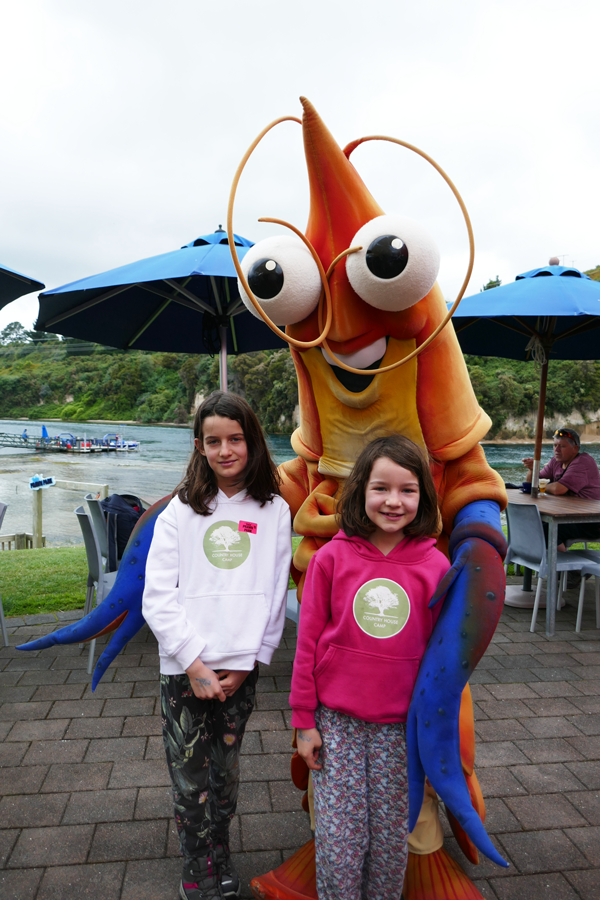 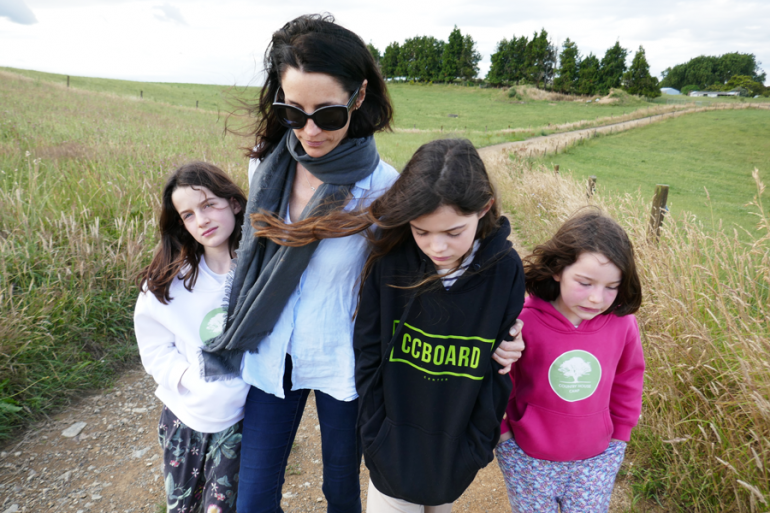 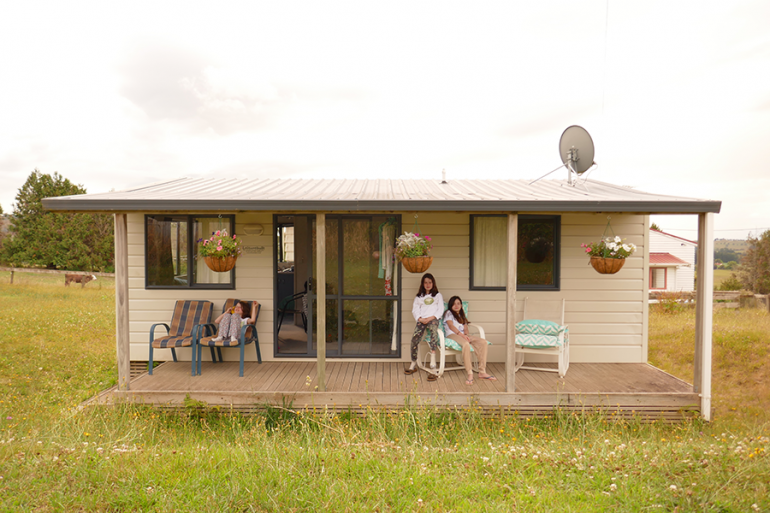 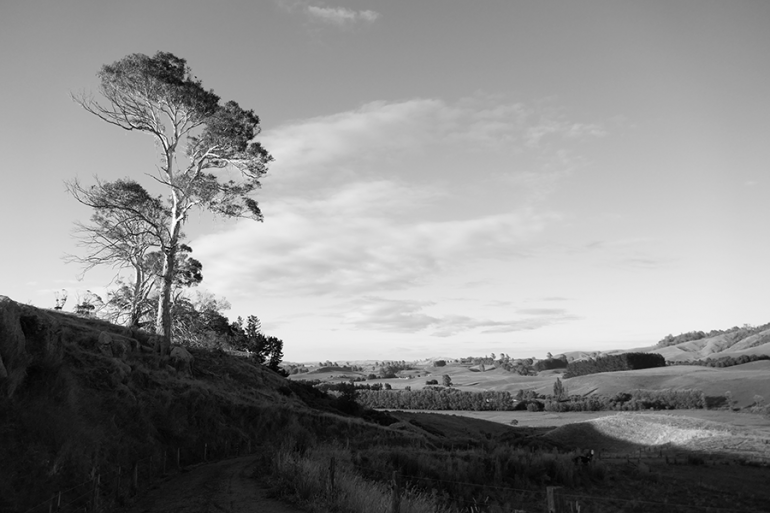 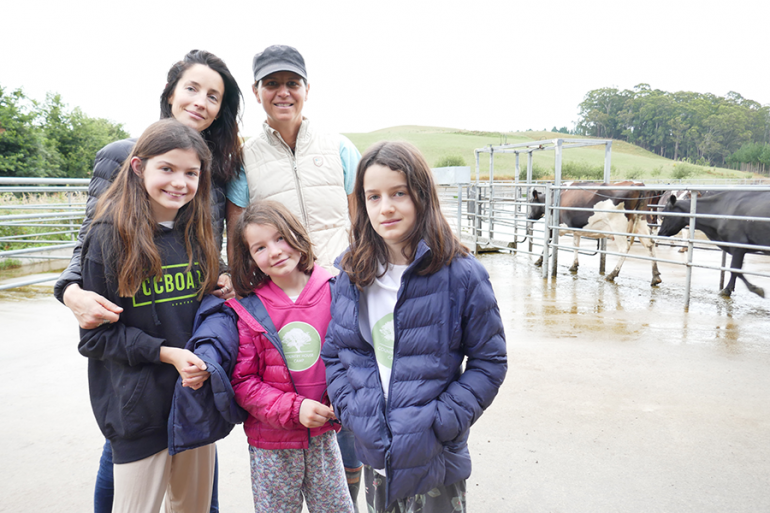 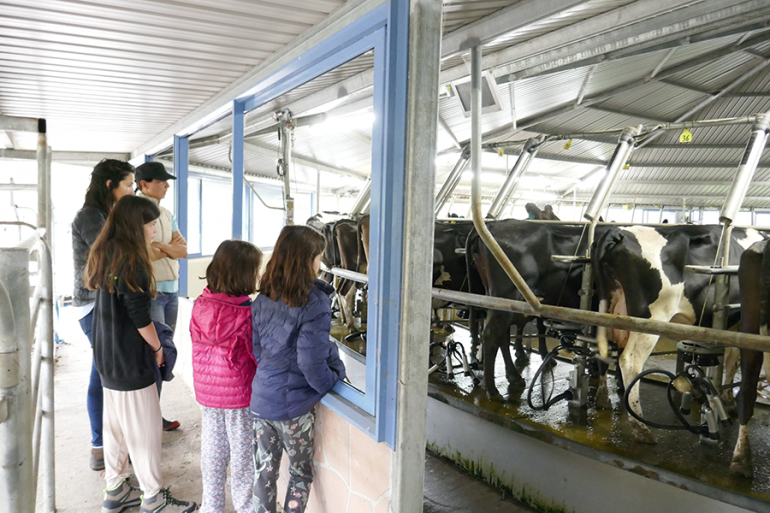 Two nights in a hut on a dairy farm in Parawera

From Piha we worked our way down State Highway 1 (in English terms, this is tantamount to a pretty mid range B road 😍) to Parawera, a fertile Hobbiton type valley given over for the most part to dairy farming. The towns we passed through on the way were frankly unremarkable: pre-fab bungalows, American style fast food outlets, rather oversized Kiwis and Maori…. but all this didn’t take away from the gentle rural idyll: hectares of rolling green hills, dotted by rock formations, lush forest… and endless COWS!

We arrived late afternoon at our hut on Russell and Lil’s organic farm. Effectively a reconverted caravan, nestled somewhat haphazardly between tractors and horses, we loved it. Alberto didn’t quite ‘GET’ it to start with (architectural sensibilities were perhaps initially wounded at the idea of bring in a mobile home in a slightly godforsaken field, but after a little while, once he met our heavenly hosts, he started to enter into the Kiwi karavana vibe). Said hosts were Lil, a Costa Rican superwoman, former national kayak champion, who came to NZ to learn about how to convert her own farm back home to organic, met Russell, and the rest is their proverbial history.

Incredibly welcoming, kind and generous, they filled our fridge with fresh organic milk and eggs, showed us around the farm and took us to see the cows being milked. Russell told us of his organic farming epiphany: their farm had been in the family for years, commercially run and intensively run. He spent his youth spraying, and worming, in permanent contact with chemicals, and got desperately sick. NZ is the world’s largest dairy exporter, but organic is not yet so high up on their lists, as it is much harder work- being unable to give the cows any antibiotics, or to spray the land with any chemicals means fewer (and skinnier) cows per hectare and much more labour… but what results! They have marvellous plans for an expanded organic farm shop and produce, as well as a farm totally off the grid: we are hoping that Alberto might even be able to help them with a bit of that, which would be great indeed. They are a seriously great family and we loved them.

The reason for me choosing this area for a pitstop was ostensibly to visit the glow worm caves in Waitomo and Hobbiton for Siena. Spanish-style, we didn’t book, so couldn’t go. Full. Of Chinese. Excellent. But secretly we were RELIEVED, as braving hordes of tourists isn’t our forte, so instead, after an early walk through the farm down to the river, Alberto took Cala and Alegra to see Huka falls, near Lake Taupo, with a hilarious stop off for lunch at the Prawn Park. This equates to hanging out with people dressed up as prawns, and trying to fish for your own lunch- with varying degrees of success. The peculiar translucent colour prawns looked slightly radioactive though, so perhaps it was no bad thing that the girls didn’t show much promise as budding fishermen…..

Meantime back at the hut, Siena was still ill so I stayed in the countryside making plans for the next leg of the trip. Russell then came bounding in, telling me I had one and a half seconds to get organised, as his marvellous father Chris would take me up in their microlight for a quick spin across the valley. Two minutes later on the quad, having said goodbye and good luck to our now alone zombified daughter and I was in their hangar helping them to drag out a very good-looking Italian microlight and listening to Chris’s grisly tales of recent unexplained microlight accidents in NZ and Australia. Bearing in mind the sky was thunder grey and heavy with pre-storm warning, I found this all eminently cheery, but felt that my own New Zealand pilot grandfather would have thoroughly (dis)approved of me getting into a microlight with total strangers in the middle of nowhere, leaving my ailing child to her own devices, so off we went, zooming up the grassy landing strip before I could give it or my will any further thought 😜. One marvellous hour and a stream of questions about ‘what does that button do’ later and we gently bumped back to ground. An absolute delight and incredibly spoiling- certainly not your regular Airbnb by any stretch of the imagination….

Before leaving the next morning, Lil took us to see the cows being milked, which was fascinating. As the weather was drawing in, we had to leave for Rotorua and missed the sheep shearing with Russell, which we were so sad about – we would have so enjoyed another day to sit down with him and a bunch of beers (for us and Lil’s flamboyant Costa Rican father only, as Russell is far too healthy now for that) with them all for long chats about farming life. Next time…!

Video of me learning to FLY 🙂