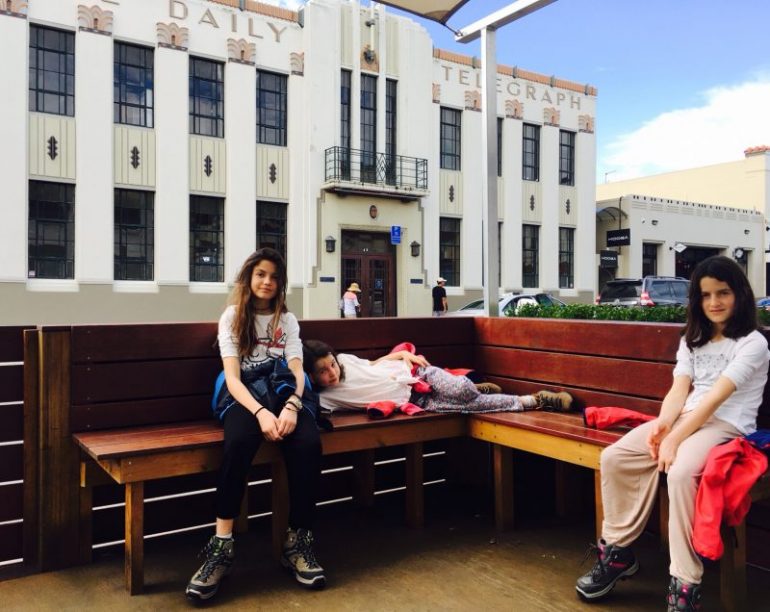 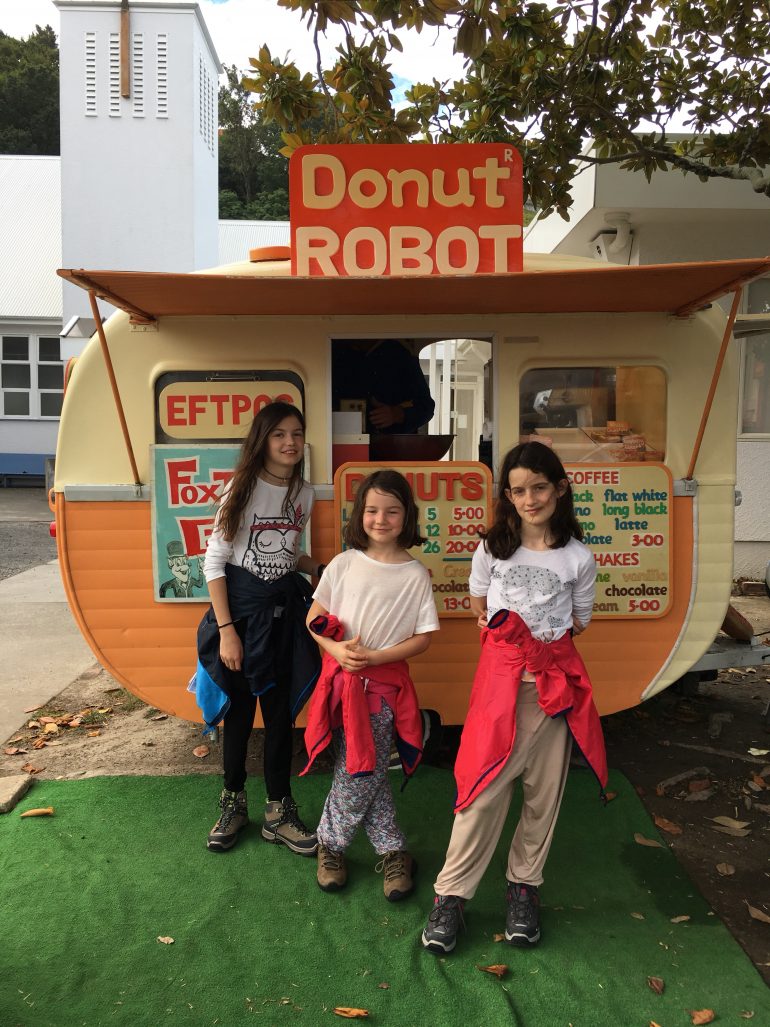 The night in our grotty motel passed, but not quite yet the massive tropical storm that came with it: whipped up in fury across the North Island, it was something the likes of which I’d never seen before…. akin to waking up to an apocalypse the next morning: trees uprooted, mudslides fallen into gorges, tidal surges, you name it. We had a moment of doubt over whether we should actually drive in this mad hurricane, but couldn’t face another night in the repellant motel so braved our way through sheet rain and hurricane winds towards Napier, going a very lengthy route because our original road had caved in.  Promising stuff. Three hours later and we arrived for a late lunch in Napier, in Hawke’s Bay, NZ’s second largest wine-producing area.

Rebuilt in the 30s after a massive earthquake, Napier is known for its NZ interpretation of Art Deco. Occasionally a bit chocolate box, it was briefly declared a World Heritage site, and is certainly worth a visit to see the Masonic Hotel, where we had lunch at the Emporium on tables turned into wunderkammer showcasing Art Deco memorabilia; the old Telegraph building, and the original 1930s promenade and bandstand on the shore – although one feels that inhabitants must surely feel slightly disconcerted knowing that they live upon liquefied land that was underwater prior to the 1931 quake and is classed as permanent high tsunami risk…. Again, the continued signs of tsunami and earthquake warnings that we saw throughout the trip were a source of slight, existential concern… Perhaps you just get used to it, right?