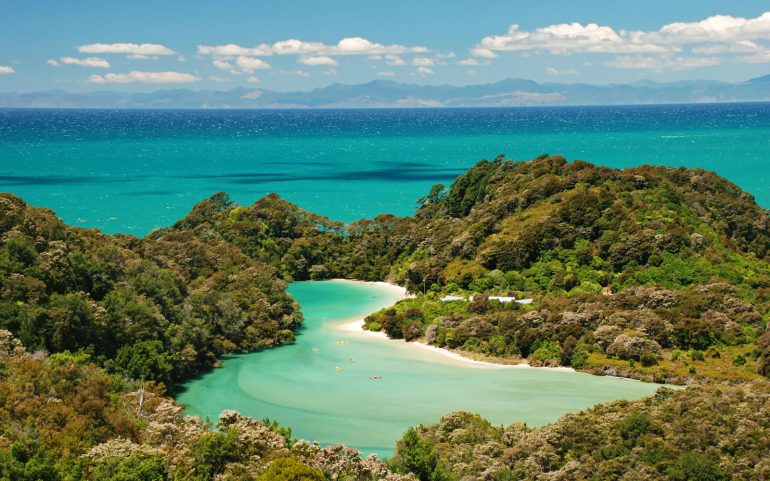 Morning came and bad news: last night’s storm meant we weren’t able to go on our wonderful eco-boat tour in the famed Abel Tasman park. This was going be one of our mega highlights so it was such a disappointment…. nevertheless, we drove up to Marahau to the entrance to the Park and decided to walk as far as we could, to get at least a mini taster of the pristine golden beaches upon which we should have been sunning ourselves, instead of sitting soaking wet in a hut.

Taking the Abel Tasman coastal track, the girls manned up for a 12 km round trip to Apple Bay, just one example of the beautiful bays that Tasman has to offer. There was a goodly amount of grumpiness and harrumphing as the track went on, and on, and on a bit more… but the reward was a veritable chorus of crickets the defeating likes of which I’d never heard before, and a near deserted beach swim and picnic. We had to cancel our floating backpackers hotel due to the choppy sea, so we were very much left feeling our time here had been too short…. Cleopatra’s bay, then Golden Bay, and Farewell Spit beyond. They’ll have to wait for next time.

Back to base, and the most enormous ice cream and brownie later, we were ready to move on to Blenheim, via Havelock for some green lipped mussels…. to be honest, not my fave. Rather beautiful, but sort of excessively large and dry squidgy 😖…. 2 hours later and we arrived at Blenheim, finally a stop for 3 nights, heaven!! 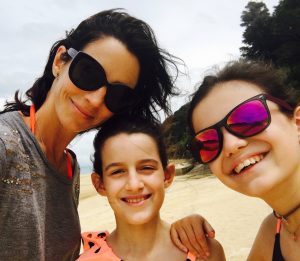