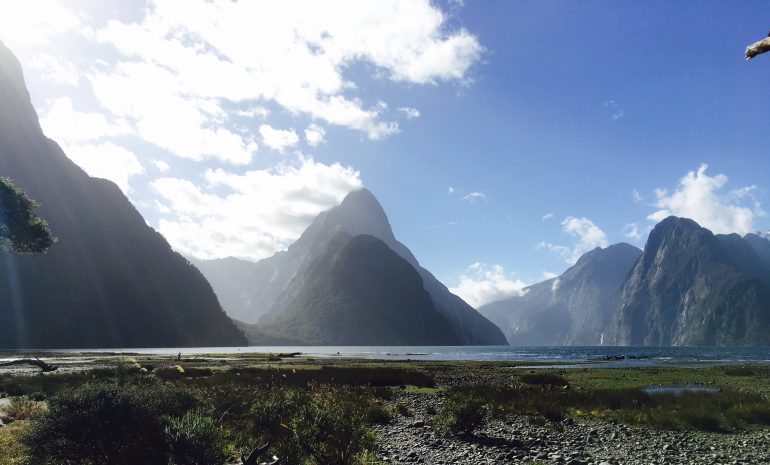 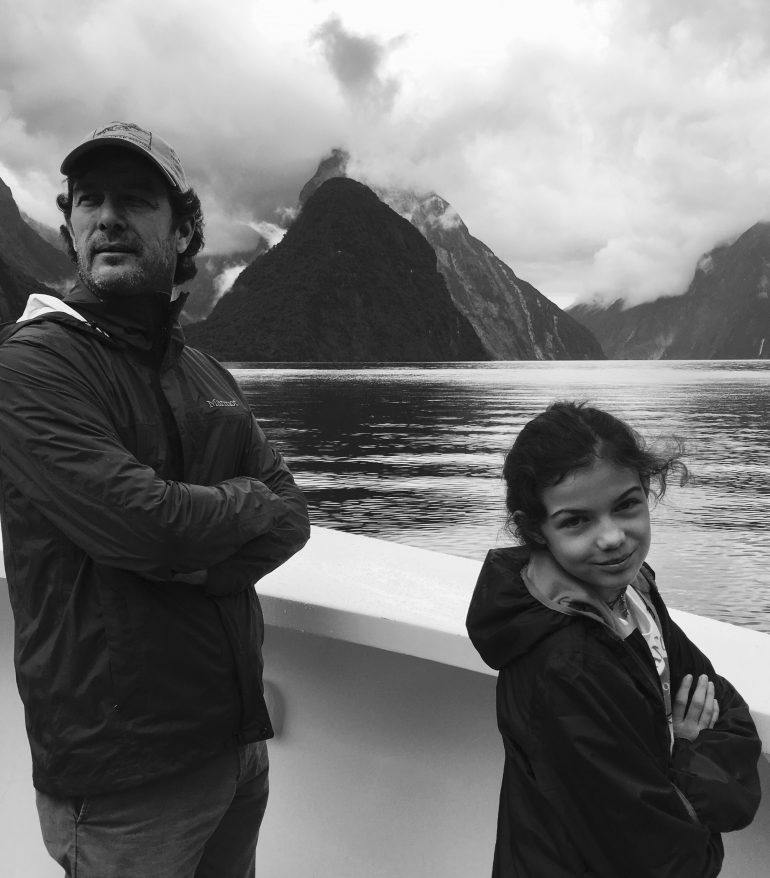 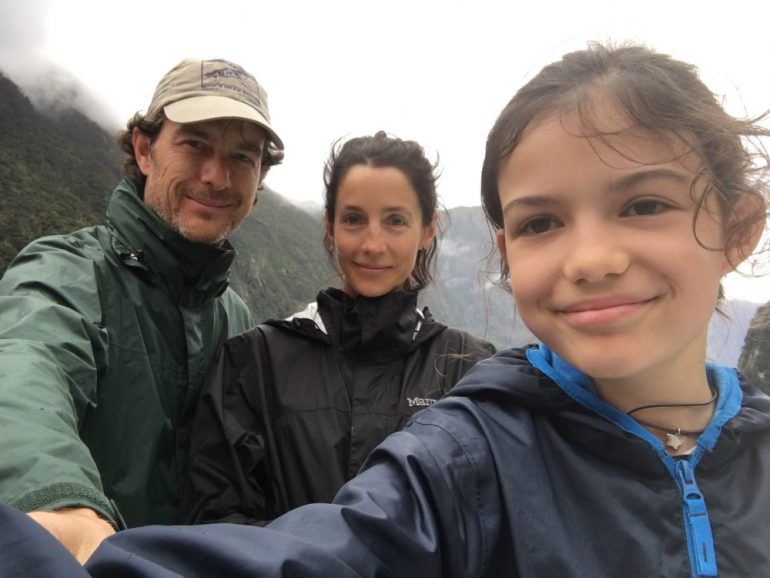 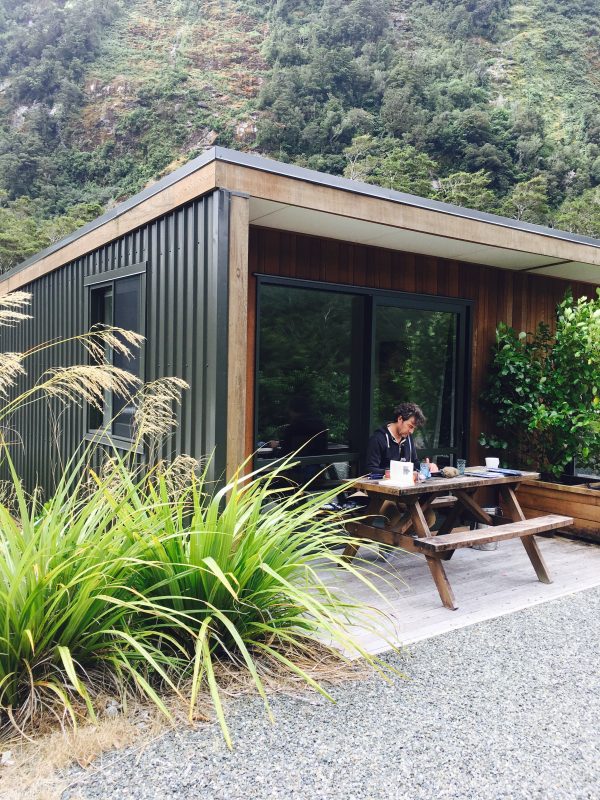 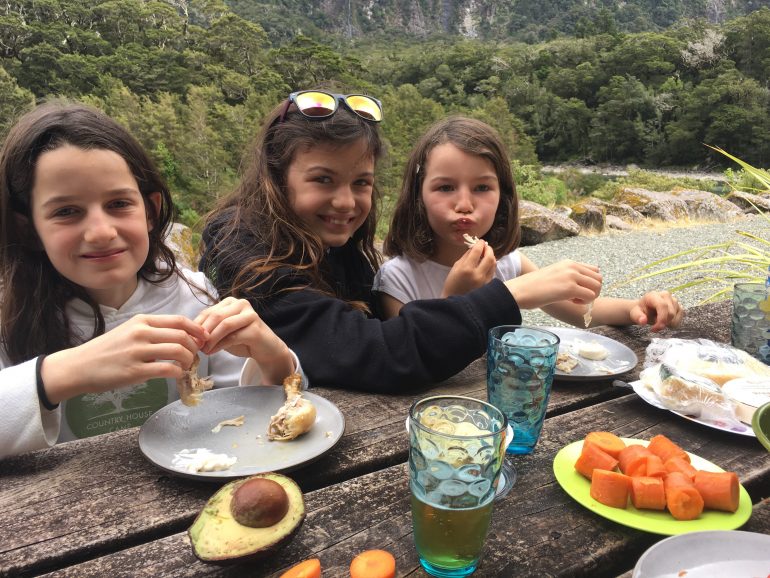 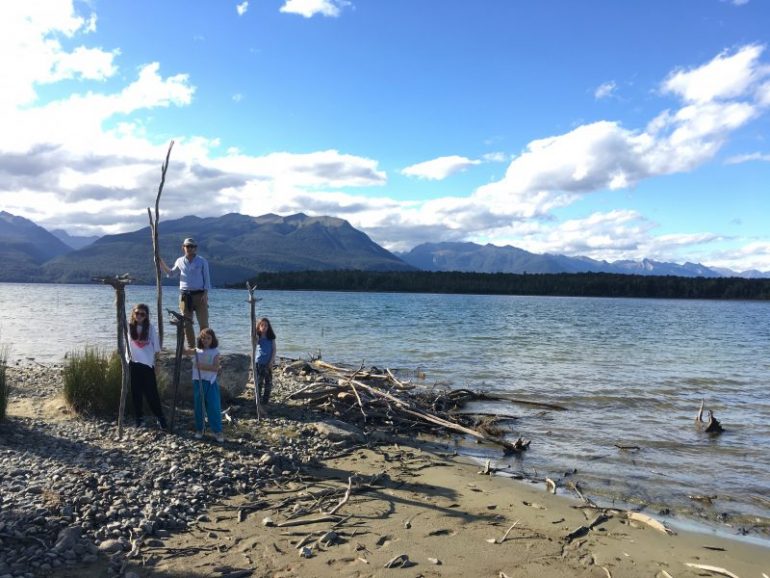 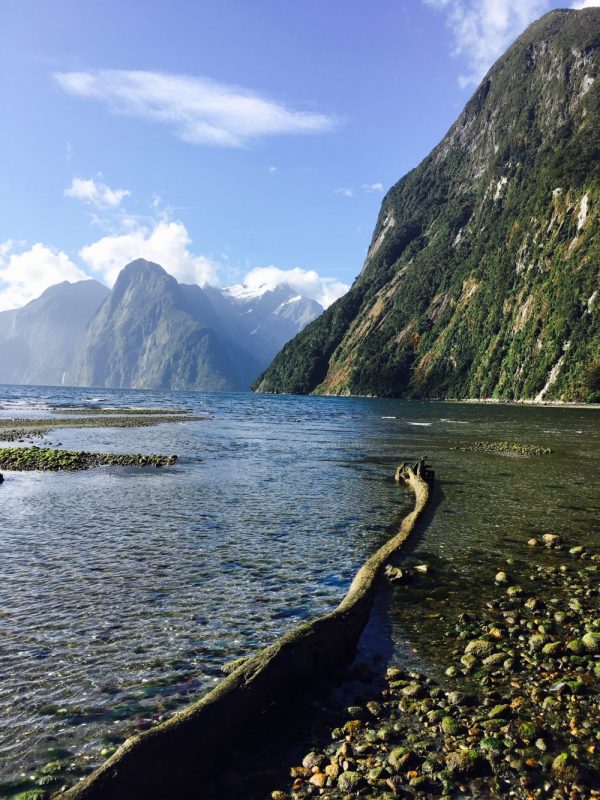 Milford Sound: The eighth wonder of the world

by mbc-ontheroad 5 years ago 3 comments

10am checkouts are a pain. But they make you get started. We liked this backpackers. Much nicer than what I remember from my gap year for sure….. breakfast in the shared kitchen, some work and off we went again to Te Anau, marvelling at its perfect lake, en route to Milford Sound. The road takes over 2 hours, despite being only about 100km, and must be one of the most staggeringly beautiful stretches of road we have ever, ever driven. Extensive beech forest, wide river valleys encircled by granite mountains topped with a touch of snow and glaciers, mirror lakes and crashing waterfalls… then ending in one of the most breathtaking views anyone could ever ask for.

Described by Kipling as the eighth wonder of the world, and rightly so. A picnic lunch overlooking the river at lovely Milford Sound Lodge, despite being ourselves in turn the picnic lunch for a colony of sand flies, was followed by an incredible afternoon walk along the shore at the Sound, alone… a rarity having seen the amount of bussed-in hordes that had been zooming along the roads- it’s the first place we’ve had a sense of tourism, in fact.

Mitre Peak, or Rahotu, was present in all its 1692m magnificence, its sheer sides literally arising directly out of the water. It was low tide so we could walk out onto the shore, getting closer to one of the massive falls on the right behind the harbour along a Richard Long-worthy path. Neither words nor picutres do it justice.

Next morning and back to the Sound for a Southern Discoveries nature cruise, which sounds rather ghastly and touristic, but with our incredible guide Jeremy, and a fairly small boat, it was without doubt one of our highlights. The weather wasn’t as good as the previous day but bearing in mind average rainfall is over 7m per annum, a bit of cloud wasn’t all that bad. We cruised through the dark water- it is a curious thing, as the Sound comprises a layer of up to 2 metres of fresh water, stained by leaf tannins and mud on its way down from the glacier, which sits upon a blue bed of the most incredible marine life you can imagine. We stopped for a visit to the underwater Discovery Centre, where another good guide showed us literally, under the sea: deep sea creatures are fooled into thinking that this is 100m below sea level, so we could see endangered black coral, strange sea through salp, bioluminescent comb jellyfish, bottom dwelling perch, enormous starfish who use their suckers to prise mussels off the rocks. After a day or two, needing to eat and breathe, the mussel is obliged to open up, at which time the starfish politely vomits out the content of its stomach through its mouth to liquefy the mussel with its digestive enzymes. A delightful mussel milkshake!

Up on the surface, we then saw young male seals, got showered under waterfalls, and marvelled at the sheer walls of gneiss all around us, and how on earth the trees and plants manage to gain a foothold there. Indeed, every now and again the poor trees find it too much and relinquish their grip on the metre of mossy undergrowth to create a tree avalanche that literally takes the whole side of trees into the water… that must be a sight indeed.

Perhaps the Maoris interpreted the place the best: according to legend, the Sound, of Piopiotahi, was a place of such beauty and significance, that they considered it the crossing from this life into the Underworld. It is said, furthermore, that god Tu te Rakiwhanoa carved out all the fjords with his digging ‘ko’, saving his finest creation for Milford Sound. When the goddess of Death inspected his work, she feared humans would be so entranced by its beauty that they would forget their mortality. So she introduced Te Namu, sand flies. To get them out of there. And it works. 😜

Interesting final fact or two: you can see, quite clearly, the Pacific fault line running through one of the mountains in the Sound. Right there. And we sailed over it. Another one: Milford Sound is incorrectly named, as it is a fjord: carved out by glaciers many thousands of years ago, whereas a true Sound, such as up in Marlborough sounds, is carved out by rivers. Bet you can tell whose been listening to the guides, Miss-I’m-a-geology-expert-since-this-morning-me 👻.

Driving back towards Te Anau and more sights: the aptly named Chasm, a thundering waterfall that has created perfect, vast, potholes over thousands of years, and the Pot View lookout, over the entire valley. End destination was another backpacker hotel, overlooking lake Te Anau and a driftwood beach. Again, way nicer, albeit simple and shared kitchen style, than any I remember from the South America days….. 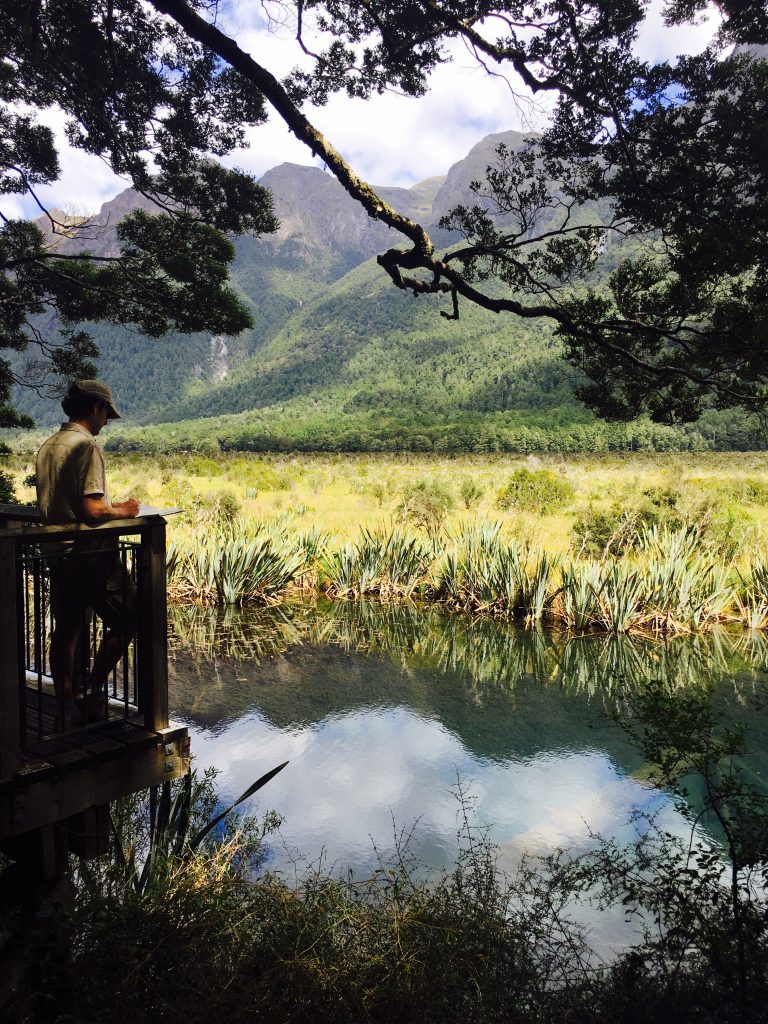 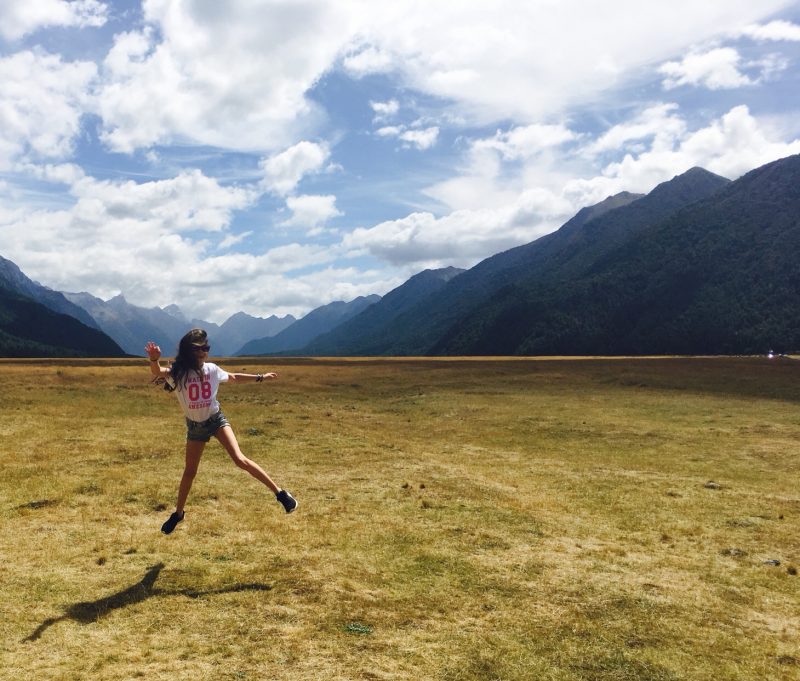 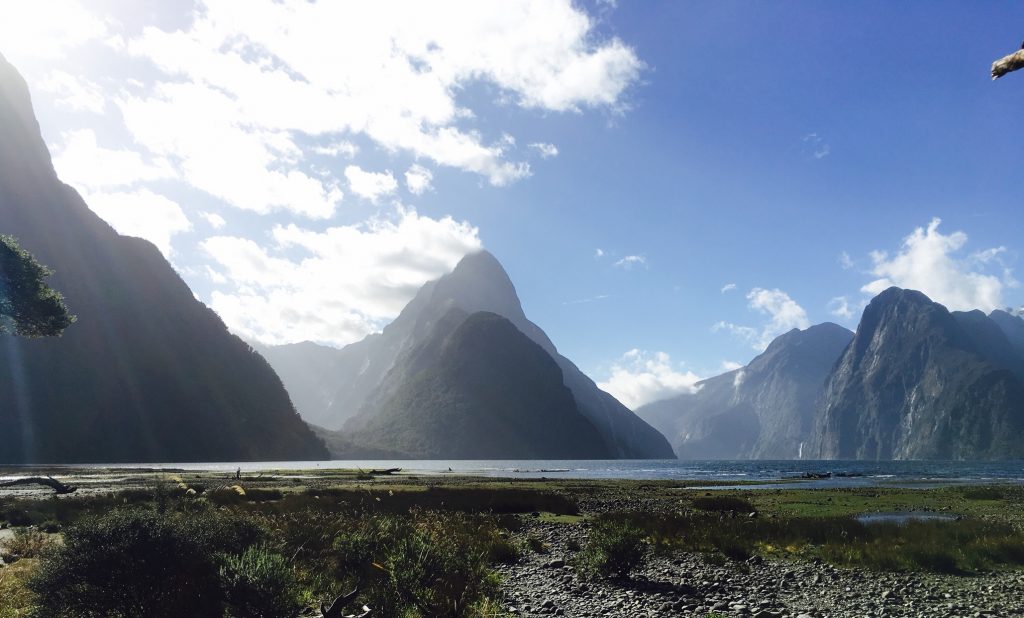 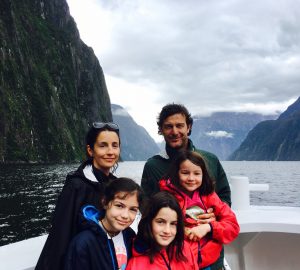 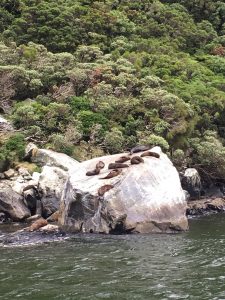 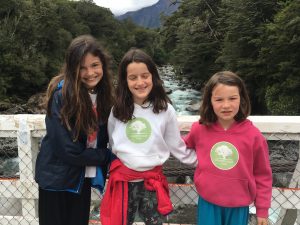