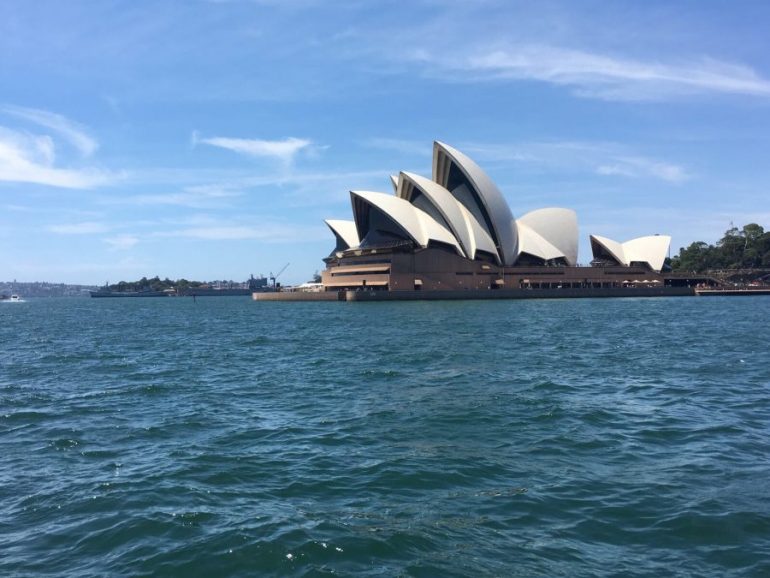 Arrival at Sydney without mishap, fearful of being fined hundreds of dollars for the forgotten apple, or jar of peanut butter left in a case- they are hard task masters to say the least. And of all the car companies I’ve ever used, Australian Thrifty is by far the best. I hate car rental places. There’s always a queue. Or at least I’m always at the one with a queue because I’m too ratbag to go to Avis. But Thrifty, cheapest of all, had no queue, no issue and no nothing. Just all good!

Destination was to stay with a dear old friend Suzie and her husband Drew and lovely family in their fabulous Mosman house. Wonderfully located, perched at the end of quiet Cobbittee street, it is right on the path down to the beach and right next to the bush. Bush turkeys, kookaburra, and who know what else lurk out there… the girls felt it was best not to know, particularly after an acute panic attack the first night, when a terrifying, awful, enormous, ghastly (harmless house) spider was found on their beds. Convinced they were all going to die, the three girls summarily proceeded to sleep in the same bed for the duration of the Sydney stay, perhaps feeling there was safety in numbers. Our hut in the Philippines, Thailand and Cambodia are going to be a struggle….

The first stop was of course, the ferry over to Circular Quay and the time-honoured view of the Opera House. The architect among us regaling us (well, at least me) with the unpropitious story of its Danish architect, Utson, and his fall from Australian grace, we embarked upon a tour of the building with John the tour guide. John the tour guide didn’t have a great deal of interest to say at all. But he got us into the buildings and allowed Alegra to sit in the queens chair in one of the theatres, and Siena to sing a solo to our unsuspecting tour group in another. The building itself really is a marvel- despite the lack of Utson interiors, it’s a glory to behold and well worth a proper visit. A burger lunch at the Opera House own cafe overlooking the Quay was surprisingly good and accompanied by the amusing spectacle of groups of Chinese taking endless selfies in ever increasingly peculiar poses, along with the sea gull raids. These were full on tactical raids: no time for pussying around going ‘oh shoo little birdie’ or they’ll have you for dinner. Your dinner, at least. This needs Rambo style shouting and kicking to scare off these beasties. Alegra was left fishless. Because they are big and scary for a 6 year old!

Returning back home and Drew, in his characteristically chilled out manner, had said ‘come sailing at 4.30’. So we did. Surviving his driverless Tesla, which is a very peculiar experience indeed, we arrived at one of Sydney’s yacht clubs not really knowing what to expect (at least in my case as I probably hadn’t listened in the first place).

We walk to find larger-than-life Arthur’s sailboat, a beauty of a thing, to find 5 others on board ready to sail. I hadn’t realised this was a weekly race around the harbour, attempting not to crash into a million other boats (so it seemed to me, missing brakes and a steering wheel) and I was going to have to know what to do, despite not doing anything. And of course, knowing nothing.

This translates as don’t get in the way, don’t get hit by the boom and die, and do what you’re told. Assuming you don’t fall into the water, and can manoeuvre yourself across in each tack to balance out the boat, you may well get a beer afterwards into the bargain. Not being a natural sailor, with but a week’s half hearted sailing course in Salcombe about a hundred years ago under my belt (remember that AK?) the pressure was on! We had to win the race around Sydney harbour!

Now, we obviously didn’t- in fact I never found out where we came- but that was no matter, as everyone on board were simply delicious: hugely generous, chatty, entertaining and helpful (just as well) and we had a truly wonderful afternoon, seeing the harbour in its full glory, that then turned into an unexpectedly drawn out dinner. If it were up to Alberto and Arthur, we might well still be there drinking red wine and talking the talk. 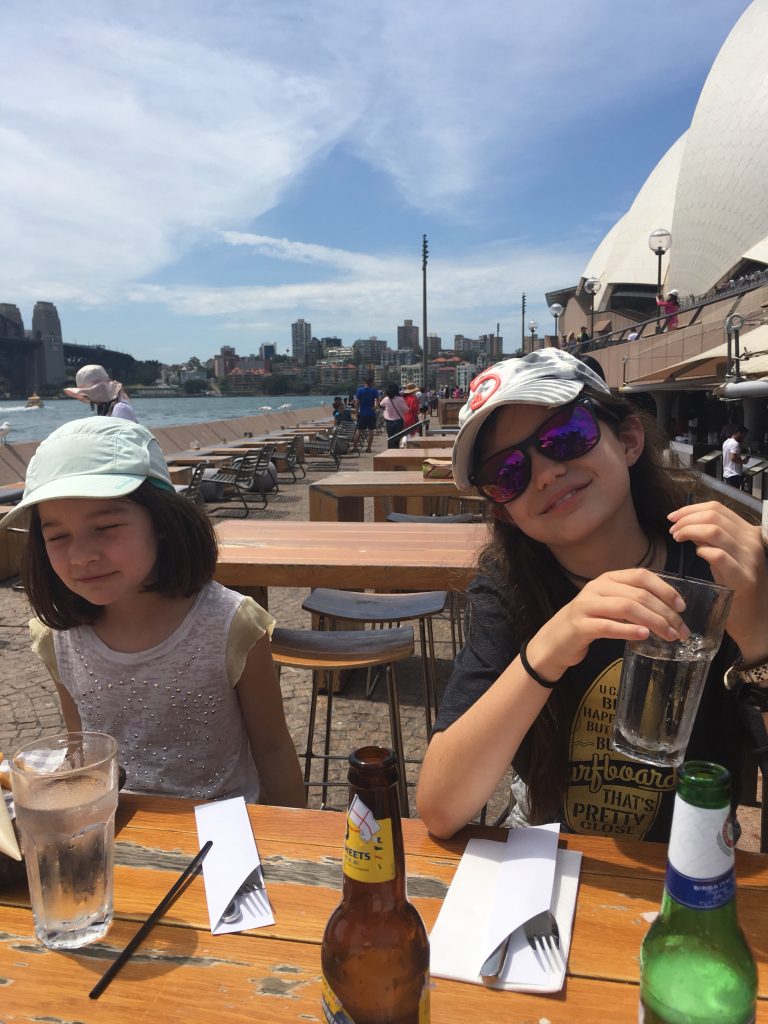 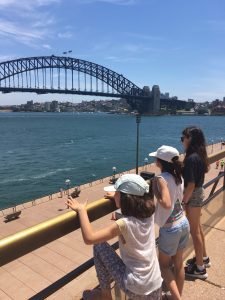 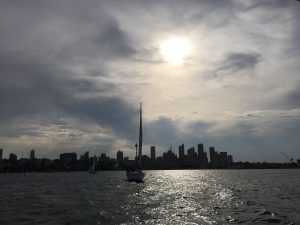 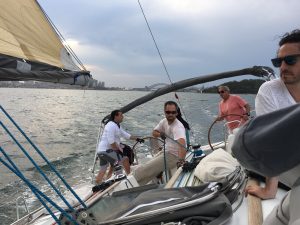 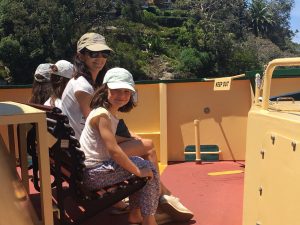